Recently a friend and I decided to have a day out in Camden and visit The Vagina Museum – “the world’s first ever bricks and mortar museum dedicated to vaginas, vulvas and the gynaecological anatomy”. I first became aware of this wondrous place last year in 2019, when they were crowd-funding to get their first permanent premises after running pop ups since 2017. I had been wanting to go for ages so once I found a willing comrade, off we went.

It took us a little while to find it – I don’t know my way around Camden all that well, and in the end we asked a very helpful security man who had clearly been asked “excuse me, could you tell us where the Vagina Museum is, please?” more than once that day already! Finally, we found it!

Upon entering I was drawn to the books on sale in the “gift shop” area – I love a good book, and I particularly love a good book about feminism and vaginas. I also spotted several from my own collection, which was reassuring. I will come back to the items on sale – they are amazing – but I want to talk a little about the exhibition itself.

It is very small – however, what it lacks in size it more than makes up for in knowledge, information and vagina-friendly fun facts! They are currently running their “Muff Busters: Vagina Myths and How to Fight Them” exhibition. Although I was aware of a lot of myths and misconceptions surrounding vulvas and what they do, I was shocked to see that apparently, there is a belief amongst some that douching with Coke after sex can prevent pregnancy! I tried and thankfully failed to imagine what that must actually feel like – where on earth did such a bonkers myth come from?! I’ve seen videos where Coke can strip chrome off a car bumper – imagine putting that inside your vagina?! Argh!

Another thing that struck me soon after arriving was the use of inclusive language – not all vagina-owners identify as female, and not all those who identify as female necessarily have vaginas – so I thought that the use of language in describing vagina-owners was spot on. I also liked the format of the exhibition: each display had the myth at the top, and the facts explained clearly underneath, with either illustrations or objects (or both) to help explain what the text described. The language was honest and easy to follow, as were the diagrams.

It’s also worth mentioning that we went to the museum on a freezing cold Tuesday in February, and it was still pretty busy! This, in my opinion anyway, can only be a good thing, if there are still so many vagina-owners out there who don’t understand or know about their own bodies, or are at the very least simply curious to find out more.

I recently had a conversation with a child-minder friend of mine, not long after my visit to the museum, about how we still give silly, infantile pet-names to our children’s genitals, which in reality serves no purpose other than to make the adults feel less uncomfortable discussing those body parts with their children. My friend went on to add that she knew of cases where children had been suffering abuse but did not even have the correct language to describe what was being done to them, because they did not know the correct names of the body parts involved. This may seem a very shocking link to make between naming our body parts correctly and abuse, but this is a very good reason as to why it is so important to know and understand our bodies as much as we possibly can.

Back to the museum, and the gift shop! So, as I mentioned earlier there were loads of awesome books on sale – all about vaginas and gender and feminism and all those wonderful things. They also had an impressive selection of vagina necklaces and earrings, which I was not expecting, but delighted to see all the same! There was a wide range of posters, postcards, prints and all manner of gift shop fodder all celebrating the mighty minge. There was also a “Mould Your Own Vagina” kit! I didn’t want to lug a bucket of plaster around with me for the rest of our day out, but I fully intend to get this kit and have a go at immortalizing my vulva for all eternity – I may even sell such a piece of art to a worthy collector!

I’m not really sure what I was expecting to see at the Vagina Museum – apart from a lot of vaginas, really. I was really impressed with how well researched and presented the whole exhibition was, and I left wishing that something like this had been around when I was a teenager. All the bullshit we swallow growing up about what our genitals should look like, about how they’re gross and we shouldn’t talk about them, and we certainly mustn’t enjoy having them – that’s taken me years to unlearn. I hope that places like the Vagina Museum help to open up these conversations and keep them going, to keep breaking down those barriers of shame and stigma and help vagina-owners see that they are not dirty or gross or strange, and that vaginas and vulvas are all different, and that’s ok!

I did take a few photos but you should really go and check it out for yourself – whether or not you have your own vagina! Here’s a few images that don’t give the game away too much. If you enjoyed reading this blog, please hit the “Like” button! 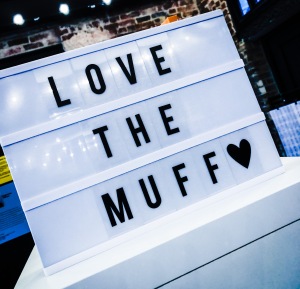 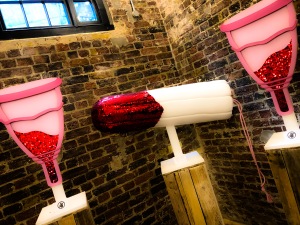 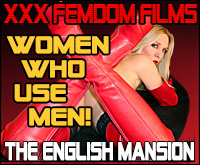